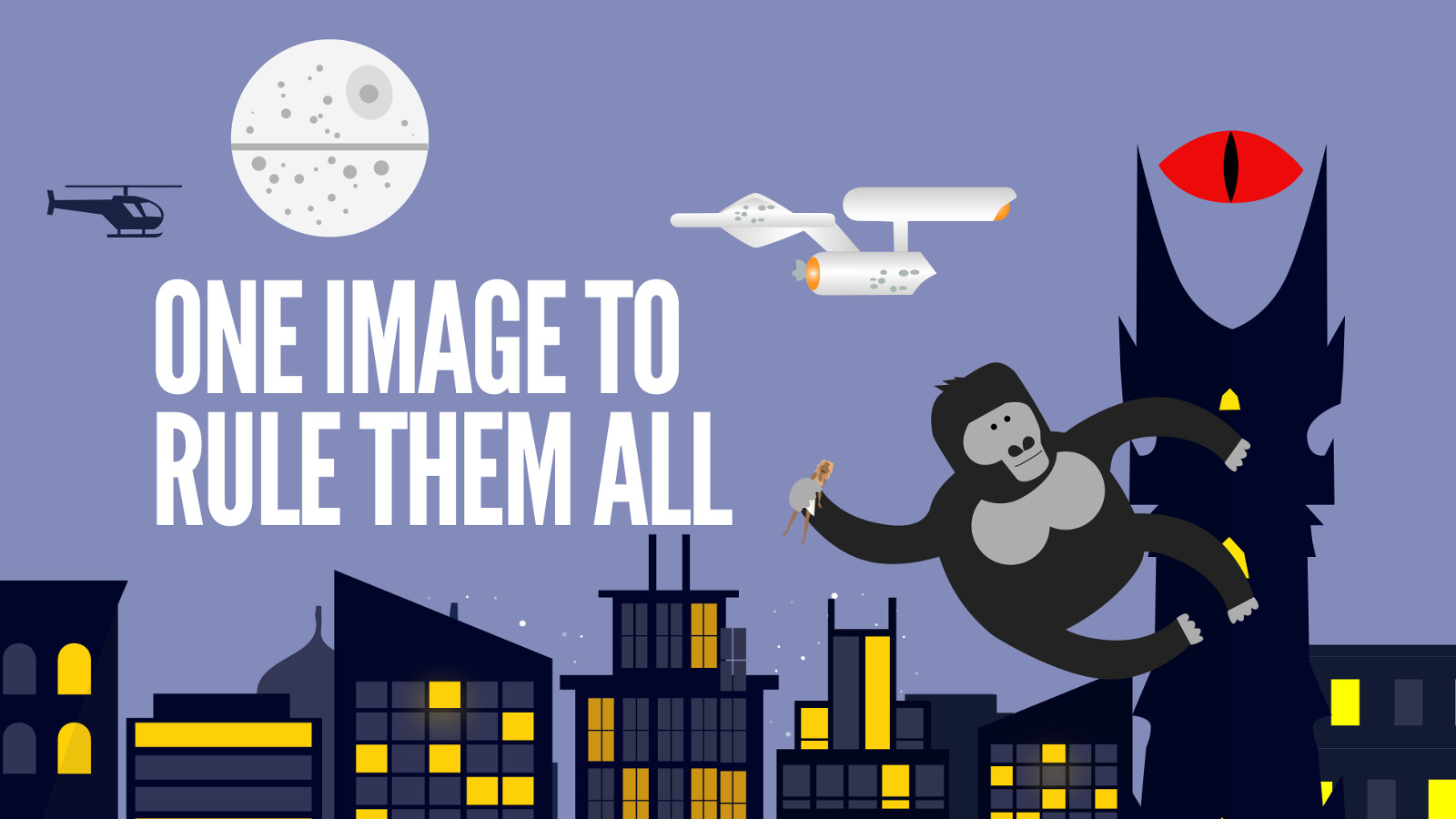 Have you ever wondered why your images don’t look right on social? How it always seems that there’s a different social image size for every single social property? And how, even though you follow their published guidelines, your images still look a little off? Wonder no more—this is the second post I’ve made to give you One Social Image to Rule Them All.

It’s been a while since I wrote the original post and like all things on social media the dimensions have drastically shifted. In the past, the image cropping between the “Big Three” platforms of Facebook, Twitter and LinkedIn was pretty drastic. Now, they have all shifted to adopt a 16:9 horizontal image… Or at least that’s what they’ve told us!

I’ll show you that it’s more like 16:9ish and give you a couple of guidelines to make sure that your images pop without looking silly. I’ll also challenge my friends at Facebook, Twitter and LinkedIn to update how the display images, especially in their metadata to really adhere to the ratio they’ve published.

How I Stumbled On the Problem

It’s no secret that having a border is a way to make images on social media pop. In fact, we did this quite well for our #moretime campaign at Rackspace. Check out how the image looks in a feed with a small red border—it’s just enough to set the image apart from the rest of the feed:

It was successful that I decided to add a border for a personal project with my SA Flavor blog for the Twitter chat with the hashtag #satxchat. Here’s how it looks below:

I noticed that when I did a Photo post on Twitter and Facebook the graphic was rendered just fine. However, I started having cropping problems when I used that same image as the Featured Image for a blog recap and it was passed to the social platforms via the metadata. This got me to thinking and made me realize it was time to crunch the numbers to find another social media image size to rule them all! First, let’s see how the above image looks on each platform:

You’ll see when you share the photo as a Photo post it looks fine. However, you’ll notice that the top and bottom border is cropped out when a link is shared with the photo as the featured image, leaving an “odd” looking left and right border.

Again, we have a perfectly fine photo when shared as a Photo post and that top/bottom border is cropped out when the photo is used as a featured image in a blog and the link is shared.

While this may not seem like a big deal to the “casual” observer, this is a big deal to people who pay attention to the details. A sloppy image/border on the image can leave a less-than-desired experience for users. The devil is indeed in the details and when you want to present a professional/sharp design to the market, you want it to look spot on.

Solving for the Bunch of “Crop”

So what’s the best way to solve for this issue? This depends on whether you know how the image will be used.

If those are too many options and you are looking for a clear-cut rule to give your designers to make sure that the image will pop every time, tell them the following: 1600px by 900px, never use a border, allow a padding on top/bottom of 65px and left/right of 130px.

Examples of the 16:9 “borderless” image with padding

So if you’re curious about how everything would look with an image that follows the “clear-cut” rule, check out how the revised One Image to Rule Them All that’s sized at 1600px by 900px without a border and the associated padding.

Challenge to All my Friends and Reps at the Platforms

First off, thanks so much for converging towards this 16:9 ratio for images. This has dramatically helped all of us social marketers with having more of a standard image to use across your platforms. But it’s time to make one last tweak to really help us out!

I want to challenge you all to work with your product teams to truly adopt the 16:9 ratio, both for photo posts and when popping the metadata on link posts. This will allow us to have a singular standard to give our design teams where we can focus on the content and what image does the best to tell our story rather than splitting hairs on a handful of pixels.

7 thoughts on “Social Image Size Specs to Rule Them All”