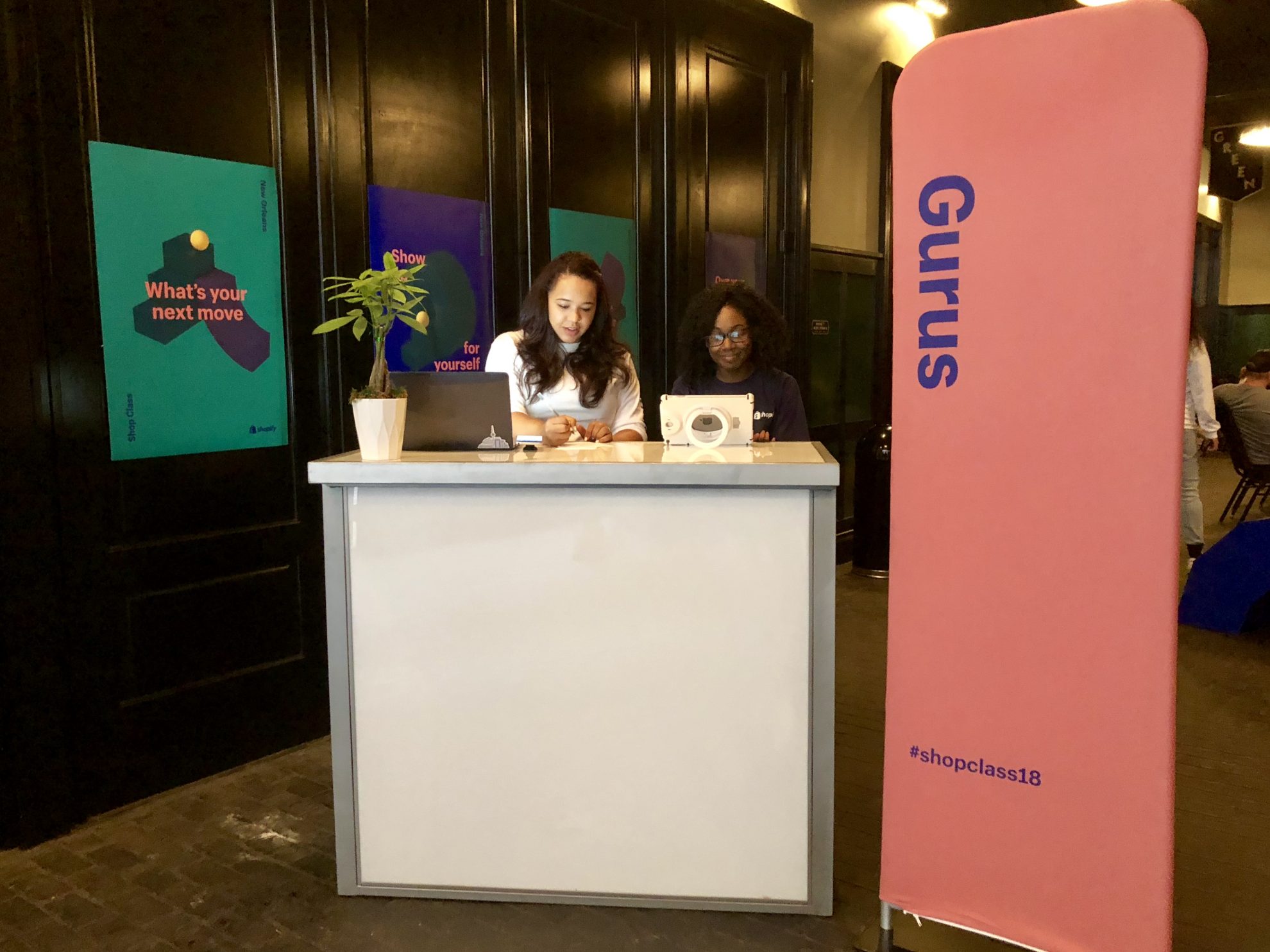 When I saw that the closest Shopify Shop Class to San Antonio was in New Orleans, I immediately booked my flight and hotel. After being a merchant on Shopify for the past 3+ years, I knew that I didn’t know enough. And with a growing ecommerce business, the opportunity to learn how to squeeze out some extra conversions is huge.

1. BuzzFeed as a Channel

Who doesn’t love a good listicle? In the summer of 2017, Shopify unveiled a partnership with BuzzFeed that is a form of affiliate marketing. Apparently, I missed the news but was happy to discover it at the Shopify Shop Class.

In a nutshell, Shopify makes it super easy for you to have BuzzFeed as an affiliate marketer. The idea is for you to:

The best items, according to the Shopify rep, are those that are a little bit kitschy. She gave the example of combining something in pop culture with a practical item, such as a “Game of Thrones Cutting Board.” Since my store features items like an 8-bit taco pin and pan ducle concha coin purse, I immediately enabled this feature. I’m looking forward to seeing if any of my products are picked up because after a Google search I was unable to find any case studies/results from this integration.

2. PayPal as a Payment Method

I had received a lot of feedback from my customers about making PayPal a payment option. After all, most people have a PayPal account and it could make it easier for them to complete their purchase. However, I had heard that adding a different payment gateway to Shopify other than Shopify Payments could double my transaction fees.

I took this question straight to the reps from PayPal who were on site. It turns out that I can use PayPal in tandem with the Shopify Payments gateway without getting double dinged. This is a huge win for me and my customers—especially with the one-click checkout that PayPal offers—and will be the next item that I update on my site.

3. Importance of About Us Page

My Shopify store is an extension of a long-time San Antonio blog I maintain and it slipped my mind to have an “About Us” page on my ecommerce storefront. I had just assumed that people would’ve already known about me on by virtue of my blog.

Shopify guru Victoria totally called me out about that.

She told me it is super important to have an “About Us” section for folks who stumble on my site via organic search or a paid ad. Furthermore, Victoria advised that this section should also include the charitable donations that my site helps drive to demonstrate my commitment to the community. It sounds super basic it—and admittedly it is—but I was glad to get that feedback.

We all love freebies. But when you’re running an ecommerce store, this is sometimes an afterthought. Multiple Shopify folks encouraged us to provide discount codes or free shipping, but to do so in a savvy way.

When offering a site wide discount, it’s important to explain the “why” behind that sale—consumers really respond when they understand the reason. Rather than just announcing that you’re offering 25% off during the holidays, give extra context as to why, such as “the holiday season is all about giving and we’re giving back to you with a 25% discount through the end of the week.”

When it comes to free shipping, one strategy is to set a minimum cart value that qualifies for free shipping. This can encourage folks to maybe add an extra item to their cart to get that savings.

Many ecommerce businesses are shifting to a subscription model a la Dollar Shave Club. The advantage is clear: when you have a customer opt in you have a monthly recurring revenue you can take to the bank. But how do you handle that kind of transaction?

Victoria suggested the Bold Subscriptions app. At $19.99 each month plus 1% of the transaction fee, you get an app that makes it easy to bill your customers out each month. And best of all, it’s maintained by a team that’s tops in this industry.

Was Shopify Shop Class Worth the Trip?

As an entrepreneur, I’m constantly evaluating the ROI on any spend I do for my business. Gone are the days of being on the corporate card for travel—this is my money. So inquiring minds may want to know: was the Shopify Shop Class worth the cost of the flight, hotel and expenses of going from San Antonio to New Orleans? The answer is “mostly yes, but I don’t know if I’d do it again.”

First, it was awesome to connect with a real-life Shopify guru. The Shopify customer support is one of the best in the industry—it reminds me of the Fanatical Support from Rackspace (my previous company). Getting to talk to a person on the front lines was awesome. I got to tell Victoria some of the things that I really love about Shopify in addition to some of the things that drive me nuts, such as:

These points may warrant individual posts in the future, but it was awesome to have my voice be heard by someone at Shopify. I love this company and how they are empowering entrepreneurship—I want them to succeed and be the best they can be. But similar to the love of a family member, you also see some of their faults. It was nice to give some feedback and have it heard because I hope that it can make Shopify that much better. Victoria was awesome for taking the time to listen.

I will say that I found the free flow of the sessions without set times frustrating. I didn’t know when a session started or ended and because we didn’t have defined rooms—it was pretty loud and hard to hear. There was one session that I was particularly keen on, and after waiting patiently I just decided to ask when it would begin—turns out that the session wouldn’t have happened without me asking.

I was also hoping that there would’ve been more partners than the four that were there (eBay, PayPal, Kit and Privy). This is namely because how valuable it was to actually talk with these folks—I now know that I need the Paypal Gateway, I will probably integrate with eBay as an additional channel and Privy challenged me to really evaluate my exit intent strategy. I would have derived a ton more value with additional partners in attendance.

Finally, I felt that most of the session topics were fairly introductory. I would have preferred to have had multiple tracks/sessions that would range from beginner, intermediate and advanced.

I know that Shopify Shop Class is a fairly new concept and am definitely appreciative of the company actively reaching out and building a relationship with its merchants. I look forward to see how they evolve the program!