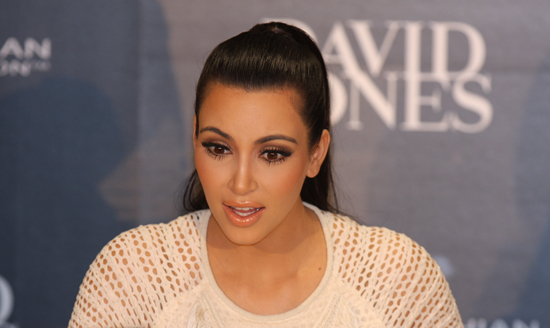 I’ve been on a mission to spread the news that social media is solely a paid channel for brands. Oglivy first said it was dead in March 2014 in their Considering Life After the Demise of Organic Reach white paper and I have been proselytizing that gospel since leaving content marketing and moving to social marketing around that time in late 2014. But unfortunately, this is still one of the four big myths of digital marketing that executives still don’t get. Plainly put, organic social is dead.

But you’re not convinced?!? If you don’t believe me, the proof is right in front of you with tweets from one of the biggest celebs: Kim Kardashian.

Keeping Up with Kim

At 60.1 million followers, Kim Kardashian has a fan base on Twitter that most brands and A-list celebrities would be envious of having. But what does that follower count translate to actual interaction? How many replies, retweets or favorites—what I will call “public engagements” because you can see the stats on a tweet—would you think a typical tweet from Kim would get?

Seriously, take a moment an actually right your answer down. Got it down? Ok, let’s move on.

Now, I’m a person who *knows* that organic social is dead, but I assumed that there would have been some lift for a celebrity of Kim’s stature. My thought was that we would be at a least 100,000 of public engagements for her tweets—that would be an engagement rate of 0.167%, which seemed reasonable to me for a person with a lifestyle brand. So, how did the numbers come out?  On to the example tweet!

Naturally, there are going to be tweets from Kim that go viral—such as her recent tweet with the President, info on Kanye’s new album and photos that “break the Internet.” But Kim is also a businesswoman and, similar to a B2C or B2B company, often tweets links to her company blog in an effort to sell products. I chose the tweet below because it is neither controversial or particularly newsworthy and simply an effort to followers to visit her website. In other words, it is that staid kind of tweet that most brands feel comfortable sending. Here it is:

You can see that this tweet has just under 5,000 public engagements! Let me repeat: A TOTAL OF FIVE THOUSAND REPLIES, RETWEETS AND LIKES ON A FAN BASE OF SIXTY MILLION! That is an engagement rate of 0.00832% (there were a total of 203 replies, 245 retweets and 4,400 likes at the time of writing).

Keep in mind that this is just engagements—while I don’t have access to the metrics of Mrs. Kardashian-West’s posts, from my professional experience the actual click through rate tends to pale in comparison to the total of public engagements. I would assume that would mean less than 1,000 to 2,000 clicks to her website from that tweet. (Admittedly, that could be different for a celebrity, but I can tell you that number is right in line for a B2C or B2B business.)

As mentioned, there are plenty of other tweets that have outrageous public engagements. For example, tweets about her four-year anniversary of her wedding day (230,000 public engagements), post on meeting President Trump (174,000—strangely enough she didn’t include a photo) or some super cute pictures of her kids (284,000).

Kim Kardashian leads a pretty interesting life and she does have these moments that are newsworthy and topical, but the cold, hard fact is that your brand does not. That type of publicity is just abnormal for most companies and is the fool’s gold that so many people try to chase. The reality is you’re brand is more like the “perfect no makeup tweet” as opposed to a photo with Kanye West.

Don't make a boring round pie for Pi Day—make it epic with a Pi-shaped Pie Pan. It's irrational to use anything else! http://t.co/F0Kuk15i55

Yes, this is just one particular example, but I feel that it is fairly indicative of what a public engagement costs. And while I don’t have the ability to show you data based on my client’s work and/or previous professional experience, I can assure you that it is right in the range of normal. And that’s based on $180 spend and a person who is basically a nobody on Twitter (thanks to any of my 1,679 followers plus my mom who don’t think I’m a “somebody”).

What’s particularly interesting is now assigning the value to a Kim Kardashian tweet. Looking at the above “no makeup” tweet with 5,000 public engagements and using a cost of $2.37 per engagement from the previous section, that would result in the equivalent of $11,850 ad spend.

There are two main conclusions that brands can learn from this Kardashian experiment.

First, you should definitely scrutinize your influencer strategy, especially if your brand is spending a significant amount on recruiting influencers or paying them to tweet on your behalf. If you’re payment more than $10,000 for a sponsored tweet from Kim Kardashian-esque celebrity, you’re probably paying too much. However, it may make sense if the celebrity will allow you to “whitelist” them to where you can promote their tweet further on the ads platform to reach a further audience.

But the second conclusion is more broadly applicable to all those brands, executives and social media departments that think organic social media matters. It doesn’t.

You’re never going to be at 60 million followers—most brands would be lucky to hit 600,000. The amount of money it will take to accumulate that number of followers pales in comparison to what the results would be. Instead, marketing departments are far better off to use that money in paid social marketing efforts or to build their owned email list.

That’s the reality you need to show your team.

One thought on “Organic Social for Brands Is Dead: A Study of Kim Kardashian’s Tweets”