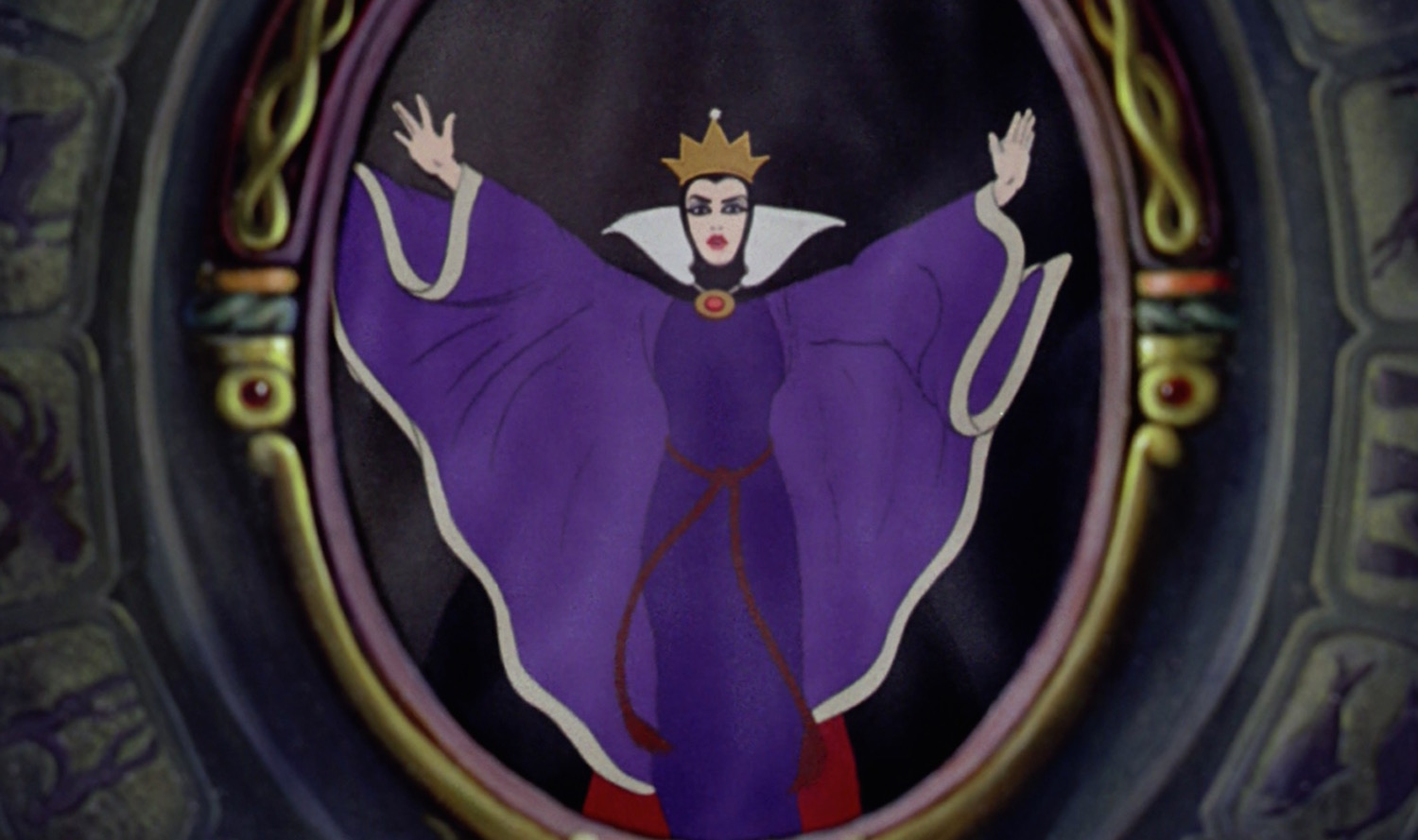 How many times have you optimized your social or digital campaigns on the Cost per Click (CPC) or the Click Through Rate (CTR)? Most likely, this is one of the singular things that you do as a digital marketer. And while it has its place, it can also be a double-edged sword and cut very deep. This post is designed to walk you through when CPC and CTR move from becoming helpful metrics to marketing vanity metrics. The next post will detail strategies on how to best combat falling into the CPC/CTR vanity metric trap and to ensure your ads are driving the right behavior.

If it’s too good to be true, it probably is.

You’ve heard it a million times, but the reason that we have aphorisms like this is because they are often true. In the world of social marketing, you’re often going to find CTRs in the range of 0.2 – 0.4%. Furthermore, you’re going to quickly zero in on the CPC for your audience, the audience that matters. Maybe it is $2.25 for a more targeted, industry-related audience on Facebook or maybe it’s $0.75 for a mass audience interested in pop news. It could be $8.00 or $11.55 for a highly qualified audience on LinkedIn. Regardless, this number is known to you as a savvy digital marketer and one that I couldn’t tell you with a blanket statement.

Then, all the sudden, there your favorite social platform releases a new product (maybe targeting off platform and on other’s sites/apps like Audience Network) or a new feature (carousels anyone?) and it’s all the rage. You’re encouraged by your rep to “double down” on this platform because they are seeing “amazing” results.

Caveat emptor. It’s always worth doing testing, but it is also important to take a critical eye as to what is happening.

First off, let’s understand what a link click actually is. Simply put, it is when the user has clicked your link. “Come on Garrett, do you think we’re stupid?!” Not in the least, dear reader, instead I want to dispel one big misconception: a link click does not equal a page visit. Literally, a link click is when someone actually clicks on your URL—the social platform has no other responsibility (i.e. whether the user goes to your page) beyond that point.

This is something that I grappled with for a long time because my click data inside the social platforms wasn’t lining up with the analytics data on the back end.  This is maddening, but there are several reasons for this:

You are responsible for the first bullet point. If you aren’t building a mobile-first website, you’re just delusional: since 2016 mobile traffic has surpassed that of desktop. And the more “techie” your audience, the more you’re skewing towards a mobile demographic. As Ricky Bobby was once told, “If you ain’t mobile-first, you’re last!”

I don’t know how true the second bullet point is, but anecdotally it seems that websites *drag* for me when loaded in the native social media mobile app. Just my 0.02 and would be curious if that is the same for you—regardless, it’s another reason to make sure your site is optimized for mobile.

Which brings us to the final point: errant clicks. It’s true that marketing has always “got in the way” of people and what they want to do. Whether it was commercials on TV/radio, website interstitials or sponsored posts, at the heart much of marketing is interrupting the flow of what a person wants to do.

However, it recently seems to be extremely egregious. I’m going to go through two main culprits that are happening with social media and why, in my opinion, advertisers should question and evaluate their results. I’ll also give a bonus culprit that falls on the digital marketer: incorrect targeting.

Essentially, the Audience Network is a way to advertise to a particular social media user on websites/apps that are outside of the native social platform. This is accomplished by third party sites installing a JavaScript on their sites to be part of the Facebook/Twitter advertising network much in the same way that sites opt in to Google’s Adwords.

The idea is that if the user is logged into their social media account, their profile can then “follow” them around the web onto websites that have this code installed. So, if good old Shari’s Berries is running an ad on Facebook targeting a particular subset of users, they can have the option of advertising them off of Facebook on sites and apps that are part of the Audience Network.

One of the big drawbacks, at least what I can see, is that many of the third parties that are part of the Audience Network are “Freemium” apps. You know, those Words-With-Candy-Clash type of apps where users are displayed ads in between playing their game. Often these ads are presented with as interstitials with a teeny tiny “X” at the top. You know, that size of “X” that is incredibly easy to fat finger and inadvertently click on the ad.

NOTE: These tests that I ran were over a year ago, but checking out other campaigns that have had Audience Network turned on, I have found the general results:

Now, taking this in a vacuum, the results would look amazing! I mean, who doesn’t want 10x the CTR at a tenth the cost per click? At the time, our platforms reps were pushing these products on us hard, after all, how can you deny those results!?! But remember, “If it’s too good to be true, it probably is.”

Trying to resolve the in-platform data of outrageous number of clicks with our backend data of website visits was maddening. It was somewhere around the range of 5 to 10% of the purported clicks were actually landing on our page. I searched the web for other marketer’s feedback on the platform but couldn’t really find it.

My assumption is that there are many errant clicks as folks are eager to close the annoying advertisement that got in the way of their flow. This is not the behavior that most B2B companies would want or smaller B2C companies.

Options where Audience Network may make sense would be for larger, global companies looking for a pure awareness play (maybe someone like McDonalds advertising a new burger) or for other “Freemium” apps looking to get new players to join in their game.

Seems like carousels are all the rage on Facebook right now. You have the ability to get multiple images in the same post with different call to action (CTA) buttons for them. As I may have mentioned before, I help produce social media content (and at one time manage the social marketing strategy) for a B2B tech company. So, I was recently interested in testing out a carousel ad in Facebook to help promote a customer story that had pretty compelling imagery.

What I found was that the carousel seemed to go gangbusters, beating out the more traditional status post with a single photo in the following ways:

Again, these results would look amazing! But I’m quite dubious of their merits. But digging a little deeper, it appeared that one out of ever 20 clicks on a carousel actually landed on our site! Holy inflated click rate Batman.

So why the high volume of mis-clicks? We are visual creators and if there are some compelling images, we want to see them. My assumption is that there are a lot of errant clicks as people are trying to scroll through the images on the carousel. Those left and right arrow buttons are relatively small to the actual picture and a mis-click will quickly open up the URL.

Opposed to the little “X” on the top of interstitials that most of us try desperately to hit with our gargantuan thumb on a tiny screen to prevent a window from opening, carousels don’t have that same sort of caution. As a relatively new product, we don’t think of carousels as “opening up a link” as opposed to “seeing a bunch of pictures,” yet a misplaced click could quickly open up a window.

Options where the carousel makes sense is for B2C companies that sells lots of consumer goods (Amazon, Threadless, Northern Brewer). It makes sense because the transaction level is lower and chances are if the person is trying to thumb through the products they are more interested in buying them. This is in direct opposition to the use of carousels for B2B companies that use intriguing images but the whole goal is to get the user to read a blog, download a white paper or register for a webinar—the experience doesn’t match up.

The final culprit that I’ve recently seen for churning out impressive CPC/CTR marketing vanity metrics is bad targeting. Let me give you one particular instance that I came across that cost an agency $50,000 in poorly placed ads that I found particularly damning.

Often, people in B2B want to target certain “decision makers” at a company. This usually ties out to what is called “director+” positions, or those roles of director all the way up to the CEO. Similar to LinkedIn, there is the ability to target on Job Titles in Facebook as part of their demographic targeting. This enables you to target folks like the CEO, President, Vice President and more within a particular industry, such as IT. Doing so would give you a targeting that would look something like this:

But there is also a category of targeting called Interests, which allows you to target folks based off of what they like. Things along these lines could be Baseball, Dancing or even Justin Bieber. Another interest that is available to target on is none other than our Commander in Chief: the President. That would look something like this:

In this example, the agency had *wanted* to target people with the Job Title of President but accidentally fat-fingered the Interest of President, in this case President Trump. And because they didn’t have any other targeting, such as industry, to narrow down the audience, the message was basically being blasted out to the entire nation who had an interest of the President with no regard for people in the industry that the agency wanted to target.

So, what happened? Turns out the agency got killer engagement, CTR and CPC metrics. With respect to engagement, this was one of the most shared/liked/commented posts they’d seen with 150 shares, 85 comments and 700 likes—crazy numbers for a B2B post. Simply looking at the numbers would have made anyone proud to run a campaign like that. Tack on the fact that the CTR was roughly 10x higher and the CPC was 5x lower!

But peeling a layer of the onion back, the marketer would have seen that most of the comments were nonsensical political commentary on a post completely unrelated to politics. The wrong audience was targeted, the metrics were all smoke and mirrors and a ton of money was wasted. Simply because of a fat-finger of targeting President (Interests) instead of President (Job Titles).

The reason marketers lean on vanity metrics is because they sound impressive. Things like the number of engagements, number of shares and number of views are some of the flimsiest around. But while CPC and CTR are often the correct metric to optimize for, you have to be cautious that it is the *only* metric. Anyone can game those metrics by purchasing the wrong placement, using the wrong tool or having the wrong audience.

In the follow-up post, I’ll go through some strategies to avoid the CPC/CTR vanity metric trap and guide you on ways to encourage the right behavior.