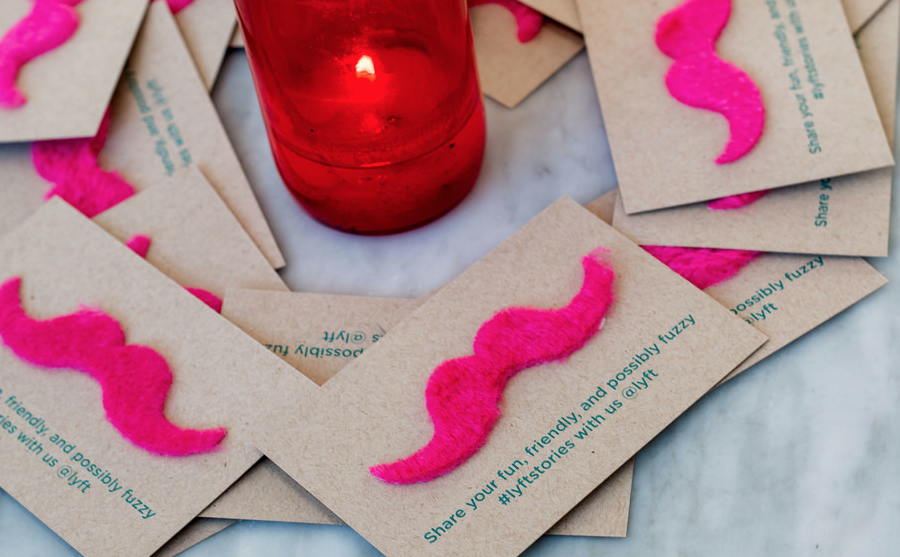 I recently came across a job posting for a Product Manager at Lyft in my LinkedIn feed that spurred the idea for this post. It seems like a really great opportunity to make some great products in their Lyft for Business section of the org. But when I first saw the posting, I thought that it was for something besides working on the “transportation needs of various businesses and industries.” Instead, I thought it was making Lyft available for businesses to use via an API, becoming part of the Transportation Stack.

We have all seen how Lyft and Uber have changed the landscape when it comes to transportation and the movement of people. This has in turn spawned many “on-demand” business models like Favor and GrubHub (often for food delivery), Minibar (alcohol delivery) and Amazon Prime Now (anything-under-the-sun delivery), not to mention some of the OGs like Tiff’s Treats (cookie and milk delivery available in South Texas) and basically any pizza company ever.

But every time an entrepreneur dreams of some new delivery/pickup business, they must overcome hurdles like: (1) recruiting drivers, (2) developing a mapping/delivery app and (3) developing the Ecommerce app for checkouts. This can be daunting for an entrepreneur who, for example, just wants to be able to create an on-demand taco delivery system.

This is where I think that Lyft could come in (and what spurred this idea when I saw “Lyft for Business”). Lyft could alleviate the first two hurdles for entrepreneurs by providing pieces of the “Transportation Stack,” and allow entrepreneurs to simply tap into it via a few API (Application Programmable Interface) calls. Let’s use the example of a fictional company that delivers tacos from your favorite Taqueria called Tacos Pronto to see the benefits.

Benefits of the Transportation Stack

The first main benefit is that Tacos Pronto would not have to recruit drivers. Instead, they could use the Lyft network of drivers who are already out on the road to help assist with any orders that come in. This benefits Tacos Pronto because they aren’t on the hook to recruit the drivers and Lyft drivers benefit because they could opt in to work for other companies that tap into the Lyft system.

The second benefit is that Tacos Pronto wouldn’t have to create an app that shows the progress/status/map of a delivery. Instead, Lyft could package that backend and frontend to be consumed by Tacos Pronto via an API. This eliminates the technical debt and hosting that Tacos Pronto would have to incur to build such a system that’s probably a replica of what Lyft already has. Lyft benefits by charging something equivalent as a credit card processing fee every time that Tacos Pronto fulfills an order on their system.

Creating a consumable Technology Stack would help everyone win: Lyft makes money by allowing businesses to tap into it, drivers have a larger pool of potential work and startups can focus on their business rather than recruiting drivers/building tech that already exists. Win-Win-Win.

Offering a “stack” for entrepreneurs to consume could be a boon for Lyft in addition to rideshare revenue. Some of the following tech examples show exactly what I mean.

While many know Amazon as the giant online retailer that had its origins in selling books, they are now one of the largest providers of cloud computing technology. This all happened when they decided to expose of the tools and technology that has powered their site through the busy shopping seasons.

Amazon realized that many people were looking for the same Technology Stack (servers, storage, load balancers, etc) that they had perfected for their own use. This is how it was told by former Amazon employee Benjamin Black on his blog (the bold text was done by me for emphasis):

Chris [Pinkham] and I wrote a short paper describing a vision for Amazon infrastructure that was completely standardized, completely automated, and relied extensively on web services for things like storage. We drew on the work of a number of other folks internally who had been thinking and writing (and sometimes even coding) in the storage services space, and we combined it with our own thinking and experience in infrastructure. Near the end of it, we mentioned the possibility of selling virtual servers as a service.

Today, Amazon Web Services (AWS) is a cloud computing behemoth that helps power some of the web’s most popular sites and services, all because Amazon helped entrepreneurs by exposing their Technology Stack.

WordPress was first started as an open-source project in 2003 to help democratize publishing. Something like 28% of the web, including this site, is built on WordPress. But it wasn’t until recently that PaaS (Platform-as-a-Services) options helped simplify the technology for entrepreneurs and bloggers.

PaaS is a type of hosting where a very set and consistent Technology Stack is provided by a hosting provider for folks to deploy an application on. In the past, users would have to deploy, configure and maintain their own LAMP (Linux/Apache/MySQL/PHP) in addition to the WordPress software itself. As you can imagine this was impossible for those not familiar with system administration and onerous for those who were. After all, folks wanted to get into WordPress to help share their ideas, *not* to have to learn how to administer servers.

Companies like WP Engine began not only provide the underlying Technology Stack, but also manage the updates/patches of the WordPress software as well. This allowed entrepreneurs and bloggers the freedom to focus on their site and content instead of the technology.

Amazon seems to be king at bringing their own “stacks” to the masses. With FBA, entrepreneurs were able to tap into the Distribution Stack (storage/pick/pack/shipping) to sell their physical items. This took the onus of having shelf space for their inventory not to mention staffing a team of folks to process orders.

Additionally, manufacturers and entrepreneurs had the opportunity to host their wares on one of the world’s largest marketplaces. Their items would be seen in search results right next to those items sold by Amazon. Again, this is another win-win situation as entrepreneurs don’t have to staff a team of people to fulfill their orders and Amazon gets to leverage their resources to drive additional revenue.

I know that Lyft has tons of smart people and some have probably already looked into the viability of this idea. But it was fun putting down some of my ideas on paper of how you can win by making life easier for entrepreneurs. I’ll be curious to see how this transportation space evolves—one thing is for certain, with their corporate culture being so strong, I’m cheering for Lyft.